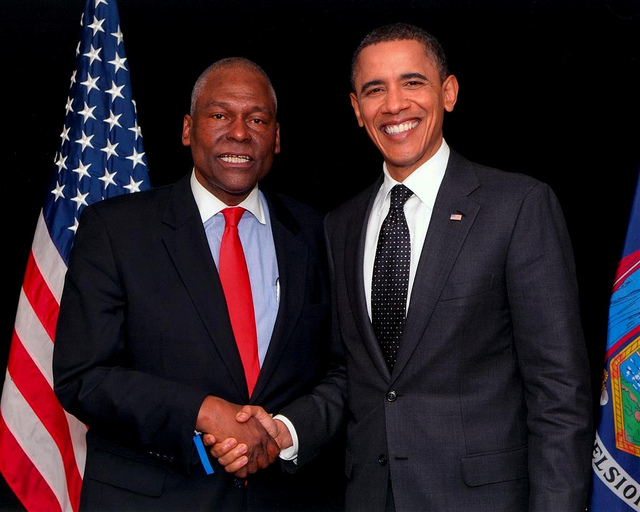 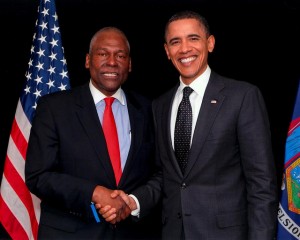 Wright was elected to represent the 70th District of New York in the New York State Assembly in 1992, and quickly appointed as Assistant Majority Whip in 1998. A lifelong Harlem resident, Keith has made strides in increasing worker’s rights, criminal justice reform, helping small businesses and creating affordable housing for not only his district but also all of New York. In 2012, he was asked by Governor Andrew Cuomo to Co-Chair the New York State Democratic Party.

During his time as chair of the Labor Committee, Wright fought for worker’s rights, increased unemployment coverage and fair pay throughout New York State, and was the prime sponsor of the “Domestic Workers’ Bill of Rights”. As a member of the Correction Committee and the Task Force on Criminal Justice Reform, Wright is an advocate for criminal justice reform. In addition to his work to reform “no knock” search warrants, he led the charge for drug and alcohol testing of police officers that discharged their weapon in the line of duty. As the author of various marquee pieces of legislation, he has played a crucial role in the State’s passage of the Help America Vote Act, most recent minimum wage and public assistance grant increases, and the creation of thousands of jobs through the Career Pathways Program and the MTA Small Business Mentoring Program.

In Albany, Keith served as the Chair of the Assembly Housing Committee, where he worked to protect the rights of tenants. During his tenure, he announced approval of a comprehensive package of legislation that helped to preserve Mitchell-Lama housing by increasing protections for current tenants and changing eligibility requirements to allow more middle-class families to participate in the program. As Chairman, he was responsible for an increase of one billion dollars in bonding authority for the creation of affordable housing in New York City.

In his hometown of Harlem, Wright served as chair of the Harlem Community Development Corporation. He has developed and renovated numerous properties, creating hundreds of units of affordable housing while also growing small businesses.

Wright graduated from Rutgers Law School, Tufts University, the Fieldston School and the Ethical Culture School. Prior to serving as Assemblyman, he held positions in the City’s Human Resources Administration, the Manhattan Borough President’s Office and the New York City Transit Authority.